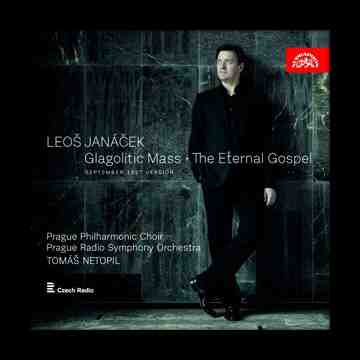 Link to buy:
bontonland.cz
Reviews:
Though Janáček scholars still tend to fall out over which version of the Glagolitic Mass should be regarded as definitive, the score that’s almost always heard these days includes at least some of the revisions Janáček made after the first performance in December 1927. Various editions of the work have stripped away some of those changes, but the version that Tomáš Netopil has prepared and conducts here for the first time on disc goes right back to a score that he dates to September 1927, and which seems to be as close as we can get to what was played and sung at the work’s premiere in Brno. It’s rawer, more stringent, and more confrontational than what we are used to hearing now, and even more difficult to perform; many of the revisions that Janáček made were to reduce the demands on the singers and players, and he took away some of the piece’s wildness in the process. The performance is a nicely detailed one, with adequate rather than outstanding soloists, but just a bit on the cool side; the account of The Eternal Gospel, composed in 1913, is meticulous, too. November 2014 the guardian